It’s been kind of quiet over here for the last month. But we have huge news and I am ready to share.

Goose is becoming a big sister in January…. 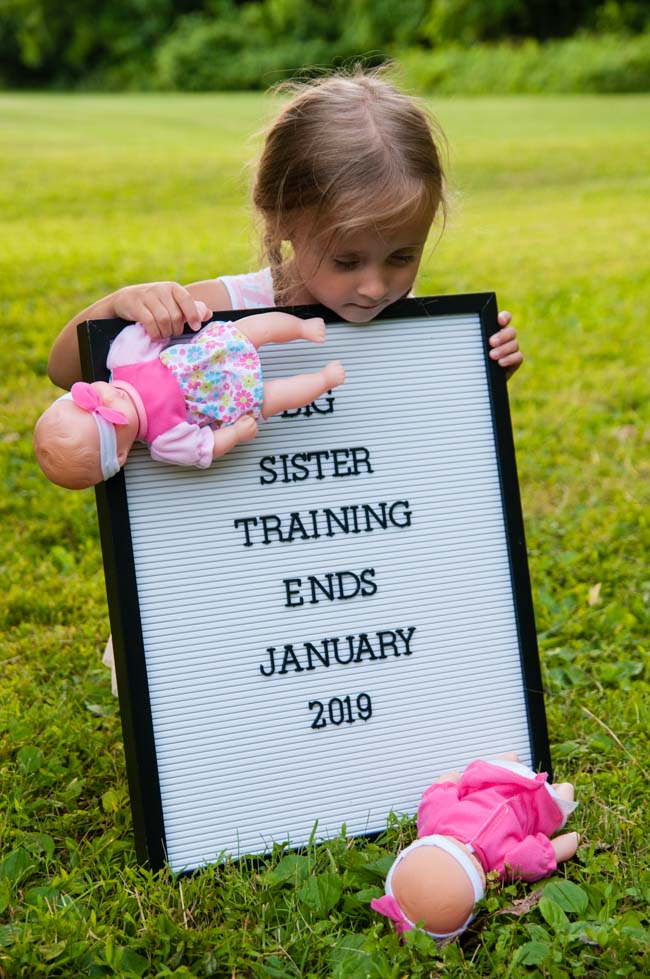 Our family is growing…. 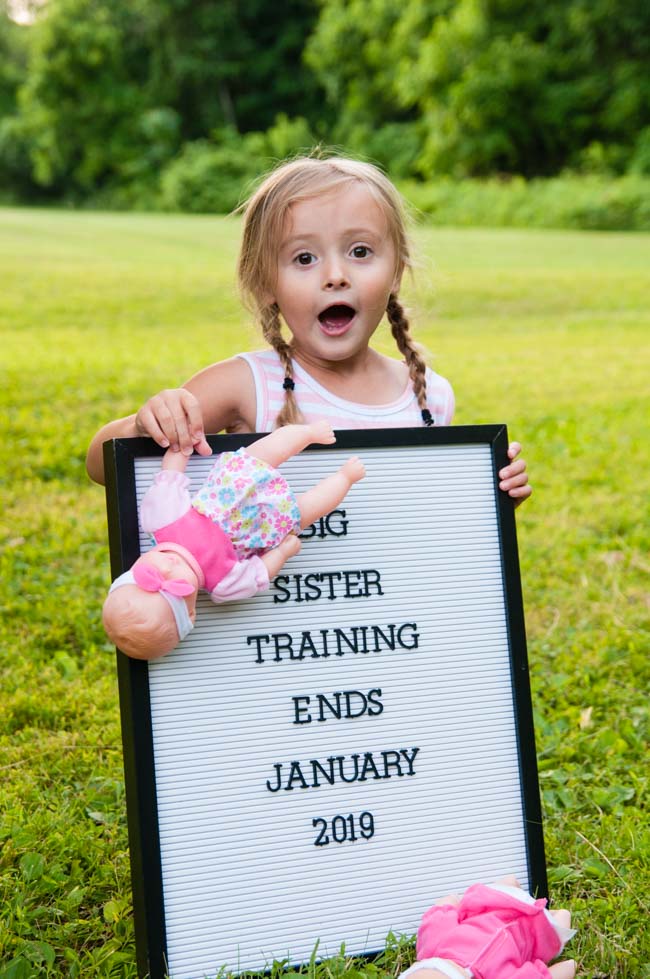 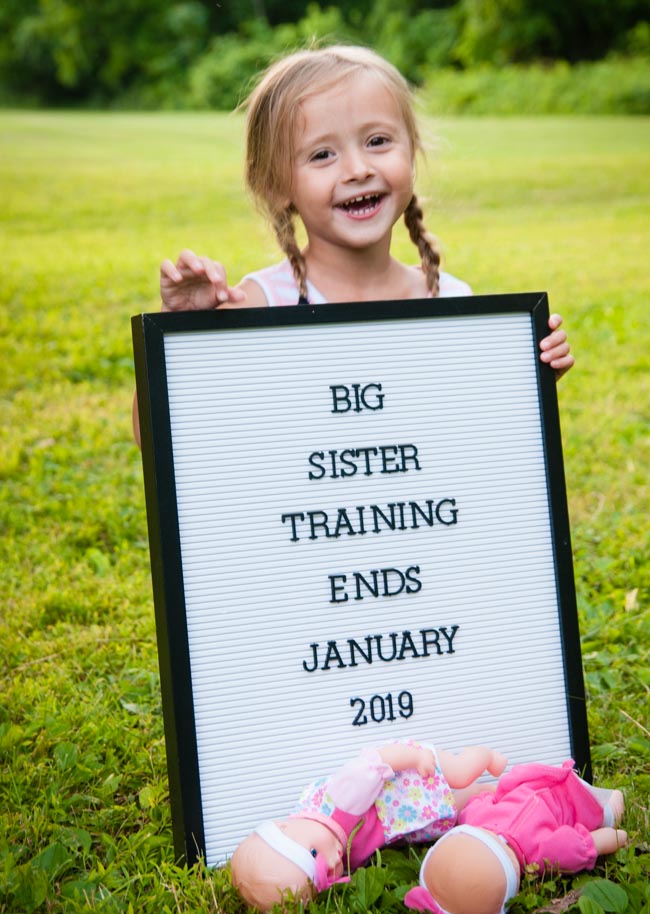 Twins. And how do we feel about this? Well, #blessed obv. (insert eye roll- truthfully yes I know we are very lucky but it is literally the most shocking news I’ve ever gotten.) Ok, real talk. My reaction was more like this. 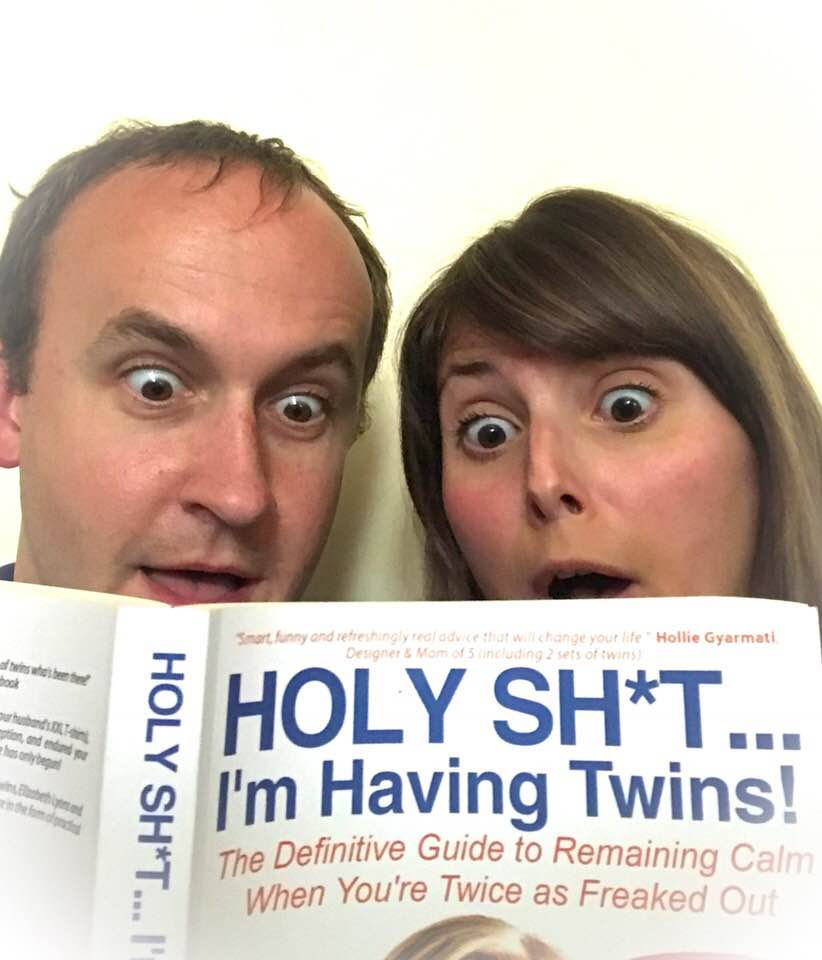 I’m still in shock even though I knew the second I found out I was pregnant. And I knew I was pregnant before I officially knew I was pregnant. On Mother’s Day morning, I woke up after having a very vivid dream that I was hugely pregnant with a little boy and told my husband that I thought I might be pregnant. It was still too early to know for sure. The next night, we made one of my favorite spring and summer meals for dinner, this shrimp caprese salad, and the shrimp tasted bad to me. Like I couldn’t eat it. Nate said his was fine and ate all of his. I couldn’t get through it. This never happens to me unless I am sick. I am always a member of the clean plate club especially when it’s a meal I love. So finally that Tuesday I took a cheap test and there was the faintest of lines.

I sent my husband a picture of my squinter and said I think I am and then proceeded to send the photo to a friend of mine who loves pregnancy tests and she immediately freaked out because she could see it. My husband wasn’t super convinced. Neither was another friend who could only see the faintest of lines and told me to wait a couple more days.

But I knew. Because I felt like garbage. And I could see my crazy squinter.

So that night, after my husband came home and we were done hiding in the basement since there was a freak tornado warning (no lie- I should have taken it is a sign lol), I piled us in the car and got a better test. Affiliate link~ First Response Early Results

in case you are wondering. I took it as soon as we got home. And the second line popped up immediately. IMMEDIATELY. No waiting, no nothing. And I knew I could only be like 9 days pregnant. With my daughter, I didn’t get a positive pregnancy test like that until I was SEVEN WEEKS. Here I was much closer to seven DAYS pregnant than seven weeks with a dark line. 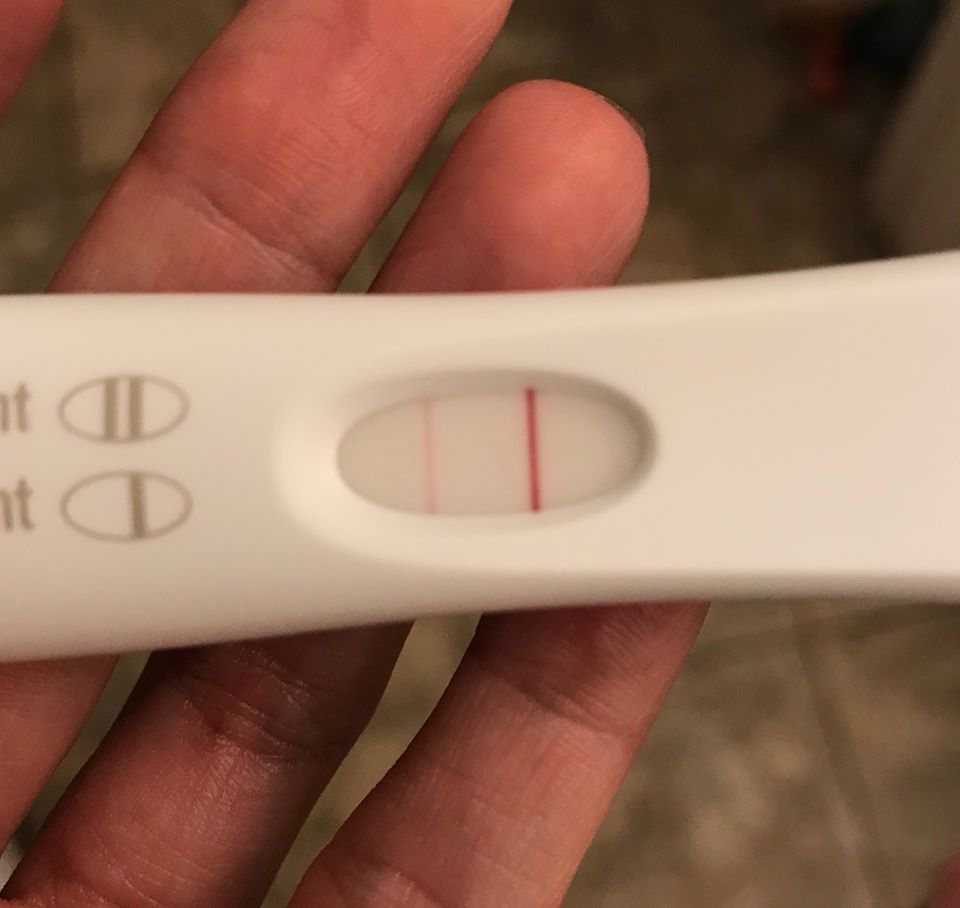 No denying that line

I just looked at it shaking and thought, “There’s got to be more than one in there.”

No lie, I walked into the kitchen holding the positive pregnancy test, shaking, and stuck it in my husband’s face before I started crying and saying, “I THINK THERE ARE TWO IN HERE.”

Now my husband was very pragmatic. He did not think there were two. Because why would there be two? We don’t have twins in the family, and we weren’t on fertility treatments. The possibility of having twins is minute.

But then time past and I just got miserable. By the Friday of the week I found out I was pregnant, exhaustion hit me like a mack truck and brought with it some serious food aversions and nausea.

The shrimp was just the tip of the iceberg my friends. By the following weekend, I was hating all food. I think I existed primarily on bowls of roasted carrots (I don’t even know) and smoothies like this sunshine citrus berry smoothie (ha- that’s why I shared that recipe then!). Then came the round the clock nausea and not even the smoothies were ok anymore. My diet consisted of carrots and saltines and lemonade mixed with sprite. For weeks.

I kept saying to Nate, “It was bad with Goose, but not like this. This is next level.” And it was. I have never felt so consistently terrible for so long. Plus the days just dragged by because all the exhaustion and sickness hit before I was even 4 weeks pregnant. So it took forever to get to my first ultrasound at 7 weeks.

My ultrasound was bright and early on a sunny Friday morning. We drove over together in this tense nervous bubble. We had a miscarriage before we had our daughter so my husband was nervous that this would end the same way.

I wasn’t. He tried to talk to me about how he felt. I just side eyed him and said, “You know I’ve been feeling so bad and just so pregnant that there’s way more of a chance that there are two in there than one that didn’t make it.”

He just brushed it off. No way there could be two. He’s been saying that for weeks. Twins don’t run in our family. We don’t have any of the factors that make it more likely. He looked up the odds. Having twins is like a 1 in 250 chance.

So we get to the ultrasound room, the tech makes some pleasant conversation with me and introduces her student, asks me how I’m feeling and puts the wand on my belly. Immediately I see ONE sac with something in it and breath a huge sigh of relief. I’m thinking we are in the clear.

Then we switch to the internal ultrasound. I immediately see a blob with a little flicker in the center of the sac on the screen. The tech is super quiet. I say, “Oh! I see it! That’s its heartbeat!”

The tech nods and is very quiet. There’s this long, pregnant (see what I did there) pause. “See anything else?” 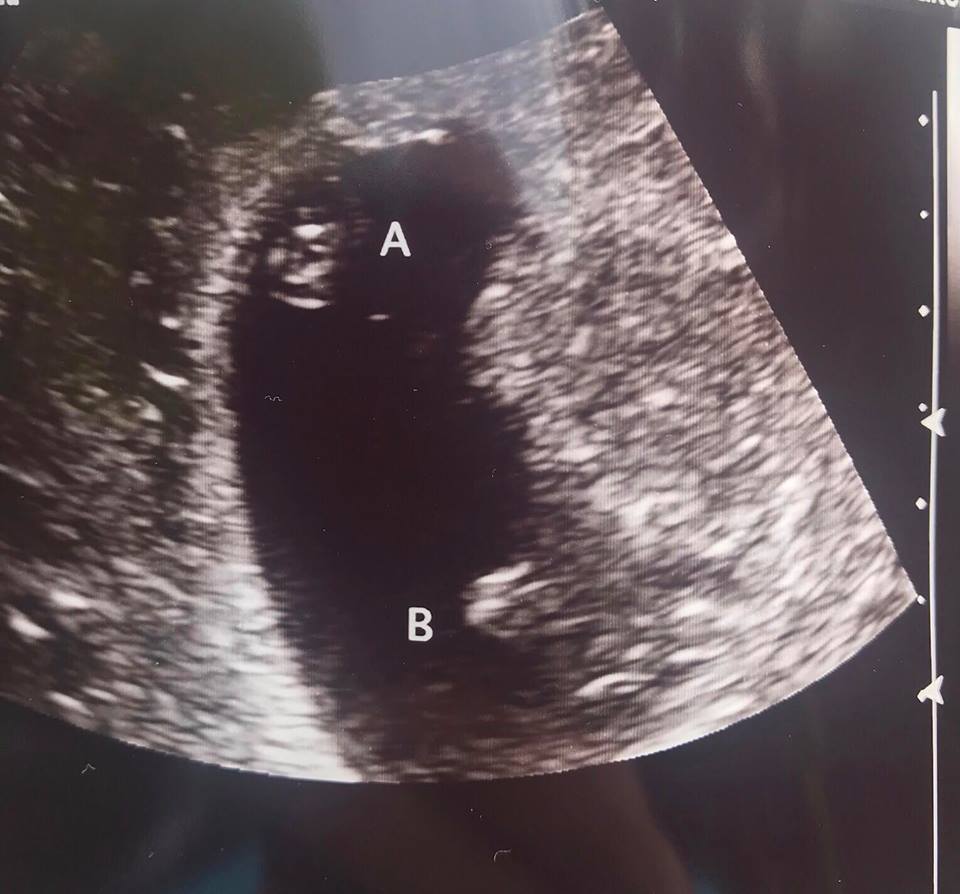 Yep I saw baby B right away. Imagine my shock when I saw the baby A flickering away too.

I look at the screen. At first nothing. Then I see the second blob with a flicker at the very top of the sac.

I start crying and laughing and saying so many four letter words and saying things about vasectomies. I will spare you the exact details. Let me just say, that poor student. I really left an impression because I was the first twin pregnancy she’d ever seen and when I went back two weeks later she still hadn’t seen another and recognized me and my loud mouth right away. Because even though I knew going into the ultrasound that there were two, I didn’t know and I thought I was probably wrong. 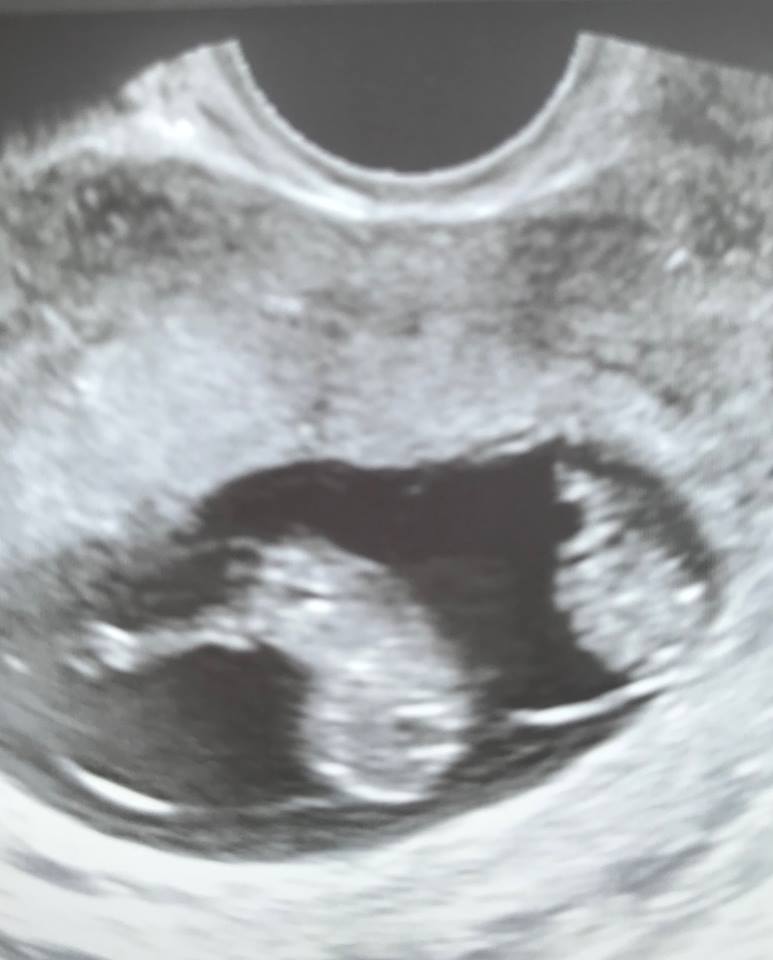 Yep. There’s definitely two babies in there. They are mono di identical twins, meaning one placenta, but each is in its own little bubble.

But I wasn’t. I was so very right. I will never doubt my instincts ever again.

So that’s where I’ve been. Dealing with shock and the worst morning sickness ever. Btws, I hate the term morning sickness. I wish it were JUST in the morning. This pregnancy it has been relentless round the clock all day I hate the world sickness that required a couple trips to the er for fluid and several prescription strength nausea options. 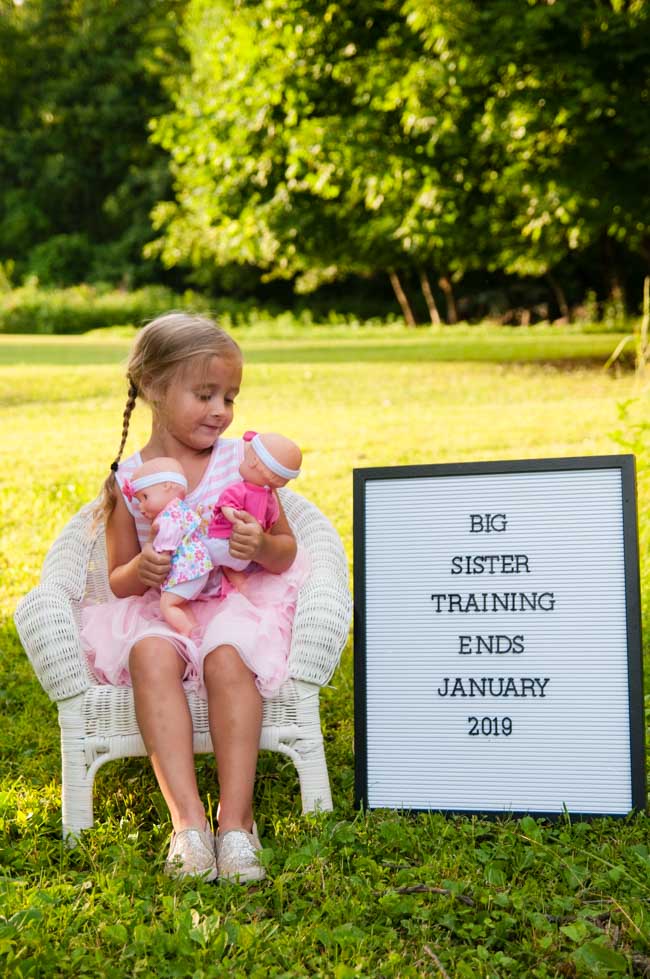 Goose is actually super excited to be a big sister. The baby dolls come with us everywhere!

But now it’s starting to pass, thank goodness. So I am back. I’ll be picking up a more regular blogging schedule again, but with a couple additions. I am planning on releasing a series of easy on the belly morning sickness recipes, think simple smoothies and some soups that I found tolerable while in the worst of it. Also, I’ll do period pregnancy word dumps kind of like my sprinkle of real life posts but just pregnancy updates. Things I’m loving, things I’m hating. Thoughts on being pregnant times two. And as I get closer to d day, I’ll do a freezer meal series and easy snack series.

You'll hear this a million times, but twins are such a blessing. Our boys are now 2.5 years old and the joy of our lives! It's really hard when they're newborns, but it's so worth it in the end! Good luck!

First of all, congrats! (I guess? Don't want to sound ironical. I hope you are mostly over the initial shock now.)

Second of all, you really have a way with words. All through this post, you made me chuckle, go aww and laugh again. :) Thank you for sharing your story in such an entertaining way!