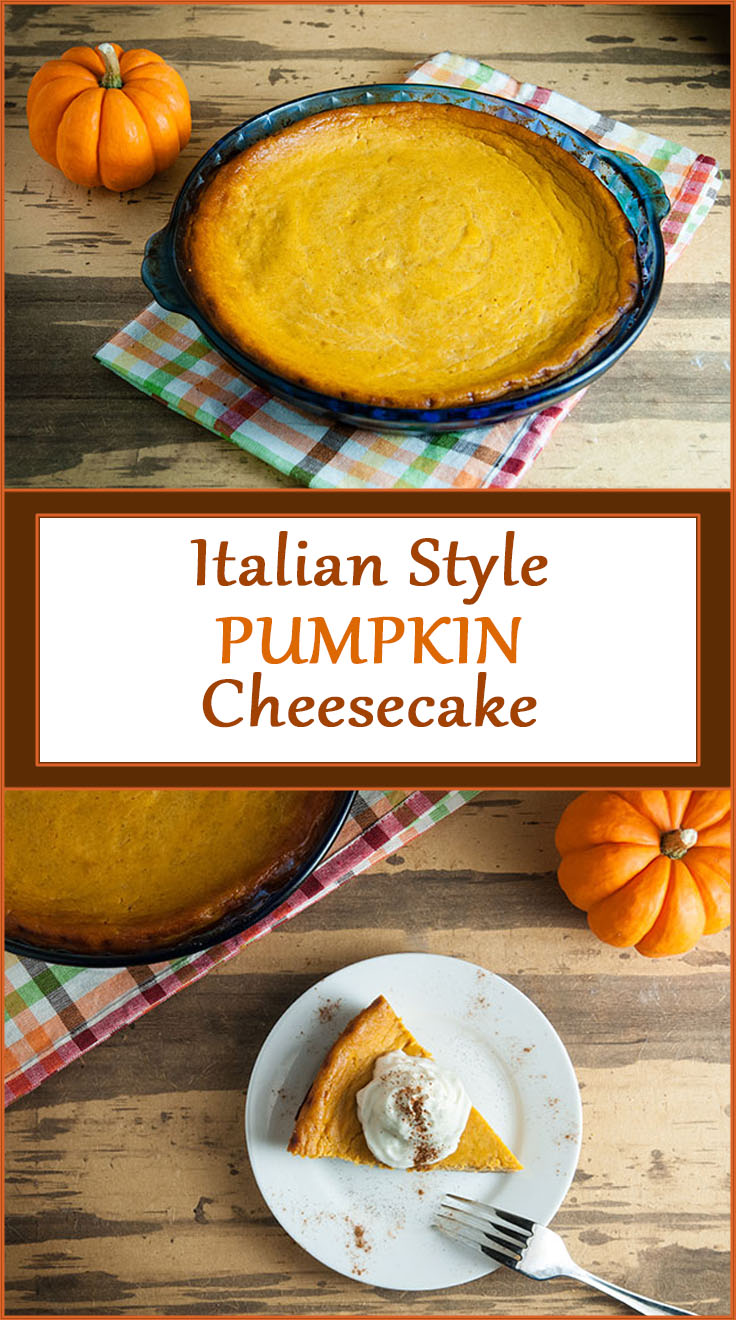 It’s that time of year when the food wars begin in my house. Most of the time we agree on our food preferences or at least agree to disagree like on bacon. I don’t like bacon much, but Nate obviously loves it and makes delicious food with it. We don’t buy much of it, but I don’t generally say much about it. Unlike bacon, pumpkin- especially pumpkin desserts like this Pumpkin Cheesecake- is a source of tension in this house. 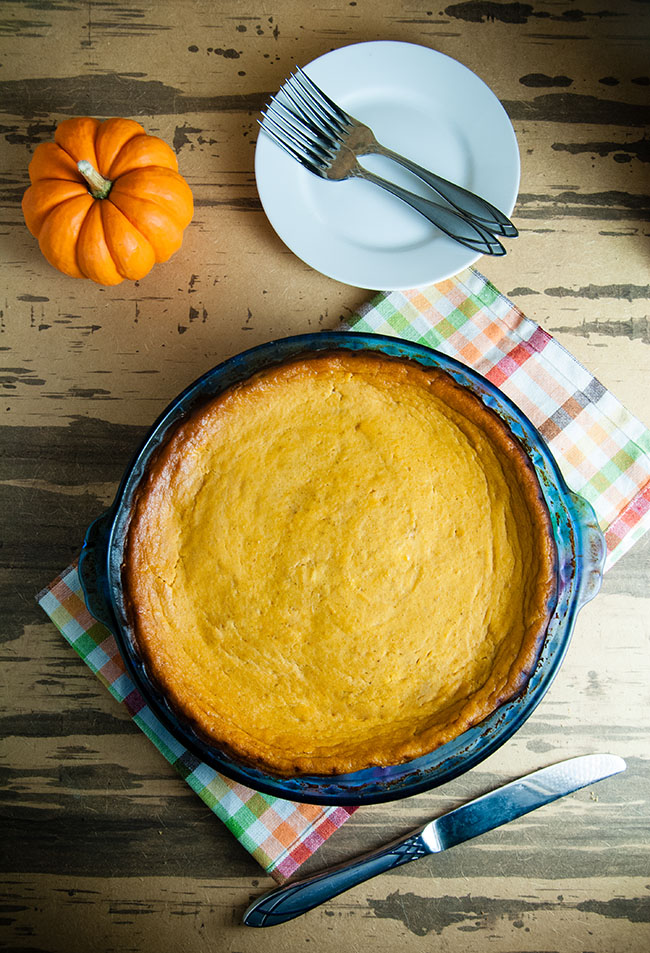 I admit. It’s my fault. My absolute basic tendencies get the best of me. I’ve told you before how I bleed pumpkin from roughly the end of August through the holidays. But see, I not only bleed pumpkin, I fight for pumpkin. 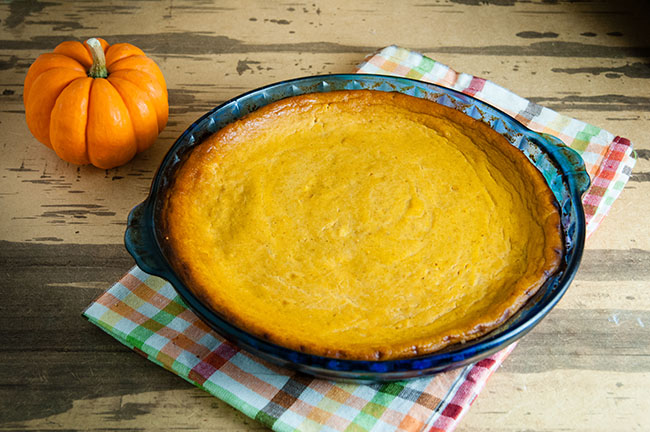 Pumpkin love is a cause my yoga pants clad, psl drinking self (sips delicious coffee and sighs happily) feels so strongly about. 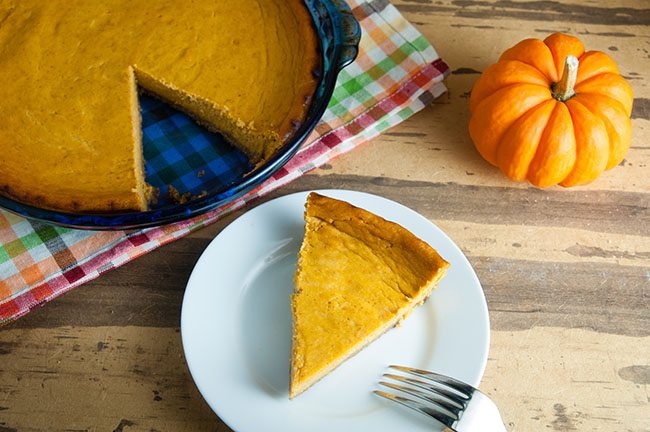 I may force my love of pumpkin down my family’s throats. 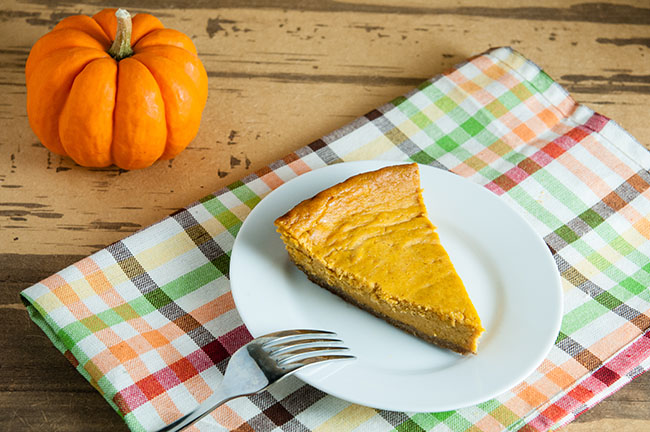 It’s shameful. I need to have more respect. 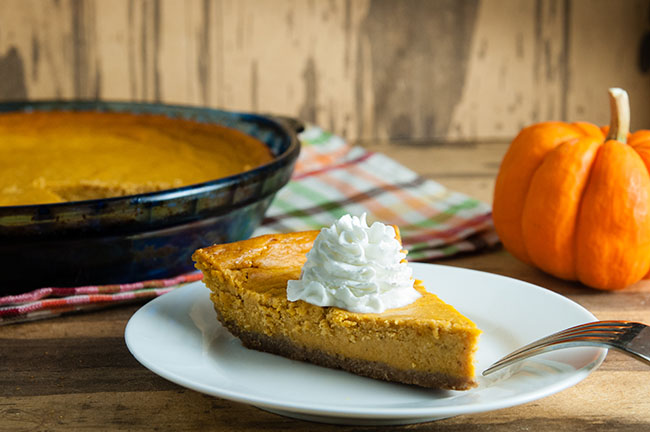 See, Nate and I have very different dessert opinions. We both have humongous sweet tooths (teeth?) but for him, all he wants is chocolate everything. Now, don’t get me wrong, I love a good chocolate dessert. I’m very well acquainted with working in chocolate to as many meals as possible (chocolate waffles anyone?). But I like a little more variety. I like chocolate desserts, fruity desserts. Anything that’s sweet and satisfying. 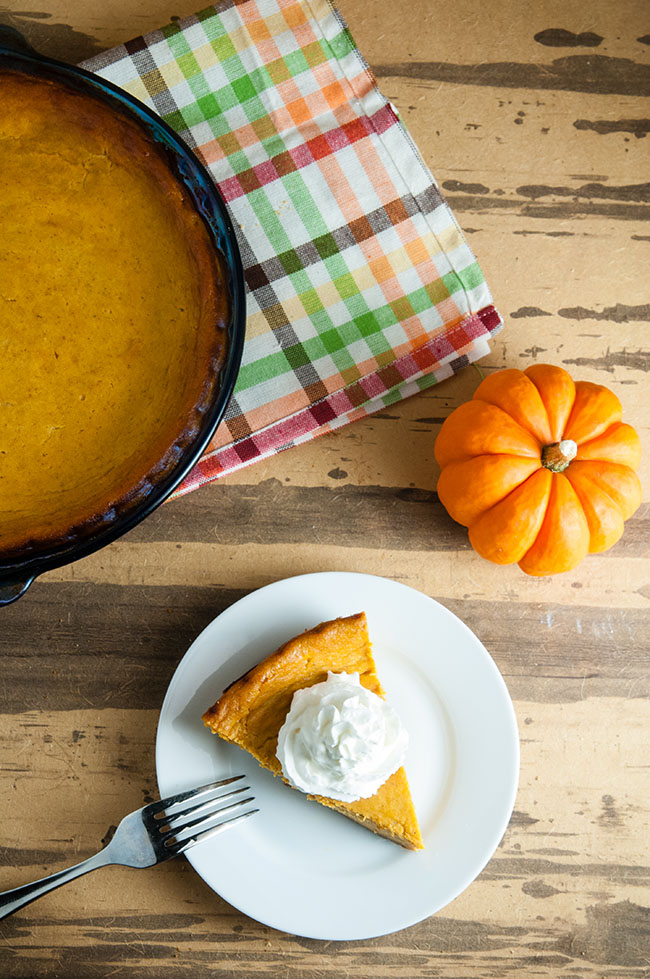 Except this time of year. GIVE ME ALL THE PUMPKIN. I’m serious. 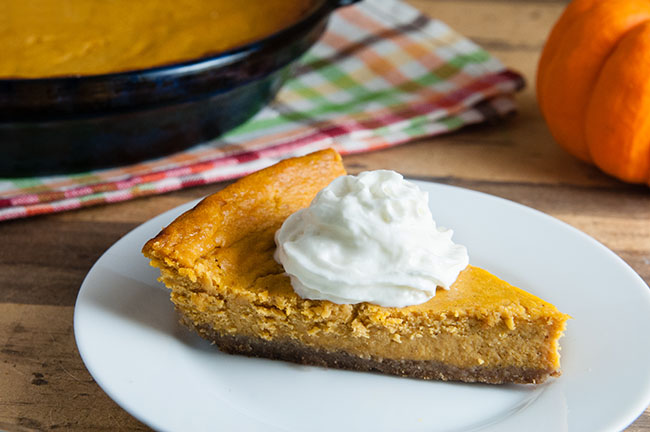 So needless to say, when I shared my plans to make this my husband wasn’t thrilled. But given that it’s only September he isn’t begging for a chocolate dessert just yet. 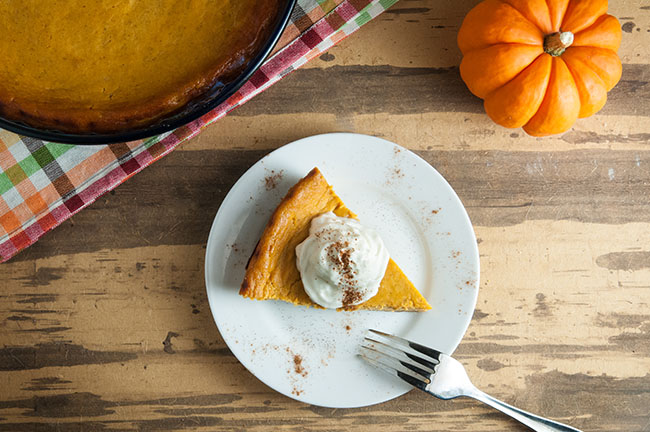 Plus, this dessert is pretty dang delicious. It’s pumpkin perfection appeals to my off the charts level of basicness. But it’s perfection. Seriously. Think silky smooth filling, and a lightly sweet crust. The hints of cinnamon and ginger shine in the cheesecake filling. Plus the marscapone cheese- which is extra creamy Italian style cheesecake- makes it even yummier. It is the perfect dessert to serve on Thanksgiving. 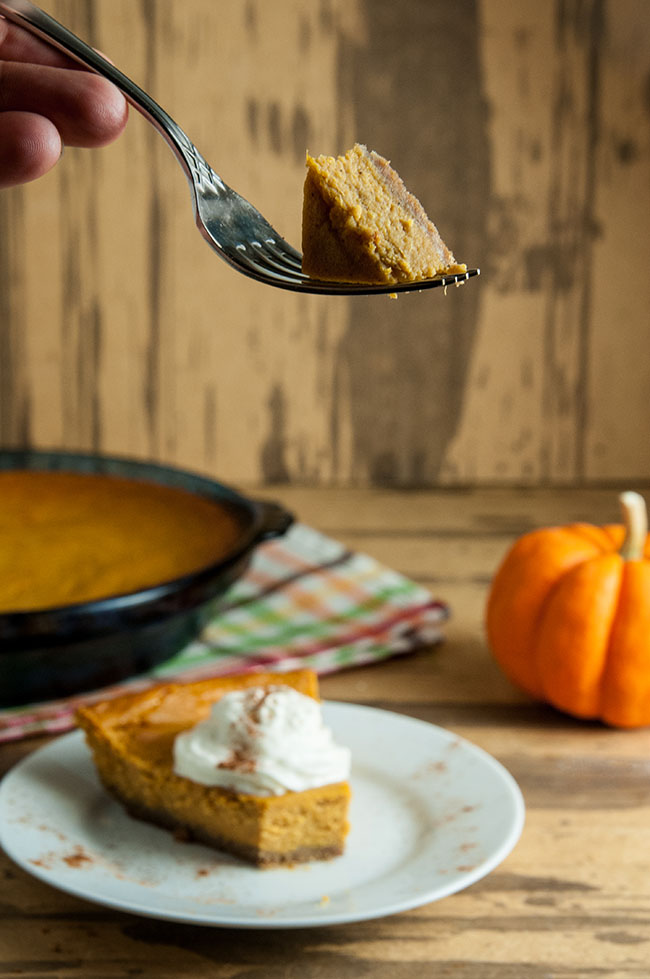 And let me just leave you with this sweet truth: it is gluten free with an awesome crust made of Cinnamon Chex cereal and sweetened with honey. So it’s practically health food. 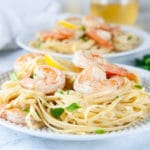 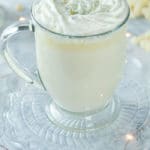 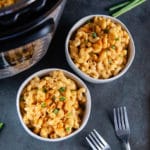