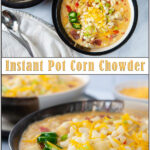 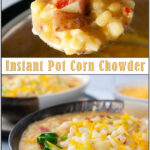 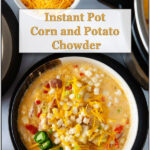 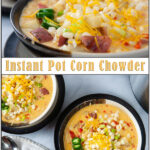 Instant Pot corn chowder is a hearty, vegetarian soup perfect for kicking off soup season. This corn and potato soup comes together quick thanks to your pressure cooker but still tastes slow cooked and cozy. 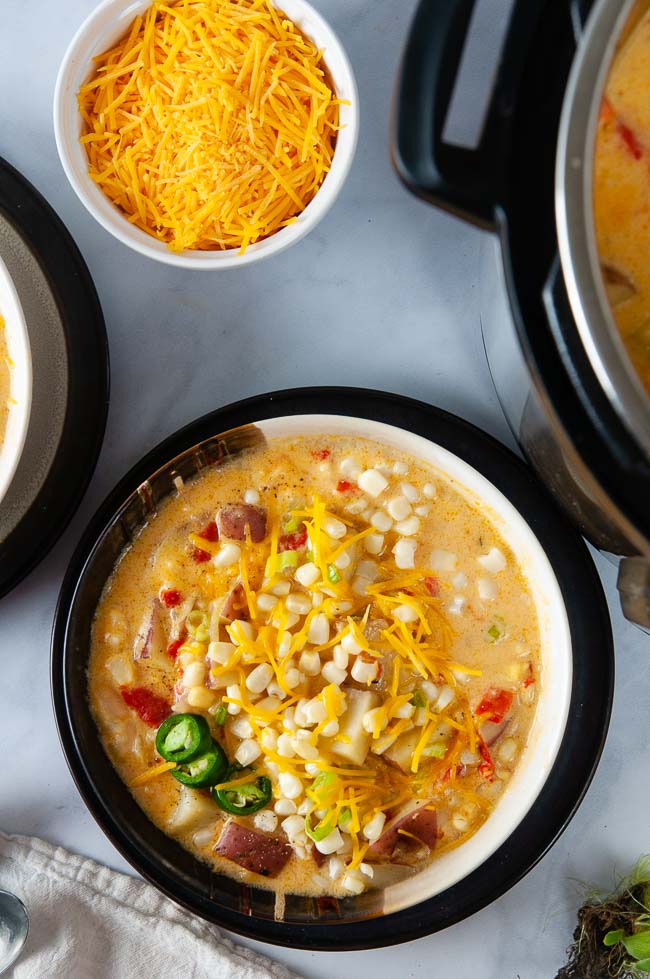 Something happens to me every year in mid to late August. I just am over all the summer salads and ready for some heartier fare and comfort food. Bring on soup season! And what better way to start soup season than with this Instant Pot corn chowder?

This soup doesn’t mean you’ll be wasting the last of the summer sunshine slaving in your kitchen thanks to your Instant Pot. Nope, it comes together in about 15 minutes of cooking time. That’s practically nothing when you get a bowl that bursts with sweet corn, hearty potatoes and creamy goodness. 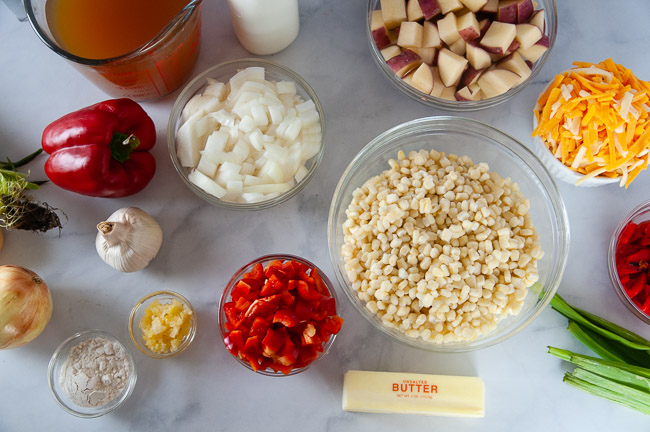 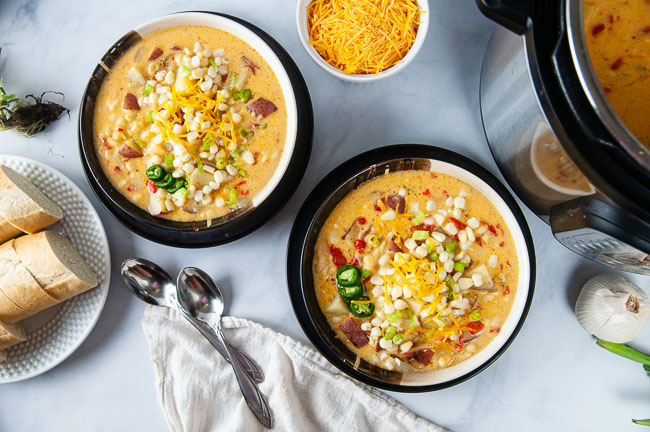 To store any leftovers, transfer any soup to an air tight plastic container. To reheat, I like to either crack the top on the container so it vents and microwave it or transfer it back to the Instant Pot liner and heat on saute, stirring until warm. 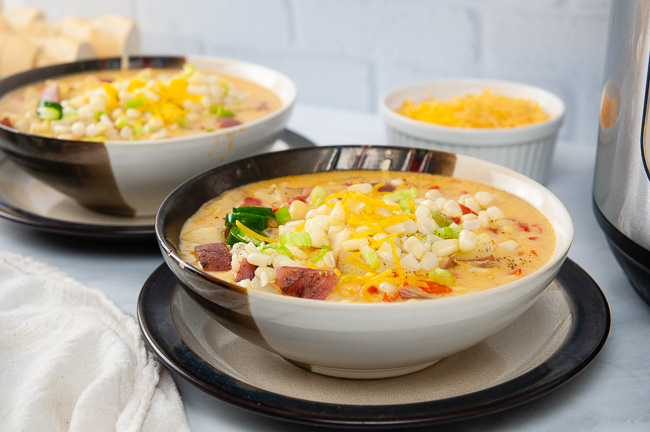 Can I make this on the stove?

I have two stove top corn chowder soups that you can make. For full instructions check out my cheesy vegetarian corn chowder and my end of summer corn and zucchini chowder. They both have full directions for cooking chowder on the stove.

How long will leftovers keep?

This soup is generally best within the first day of making it, but leftovers of corn chowder will stay good for up to 4 days in the fridge.

Can I freeze corn chowder?

You can, but it may not taste very good. Creamy soups don’t freeze well and neither do soups with lots of potatoes. The potatoes tend to get mushy on reheating and will create a less than pleasant gritty texture to the soup.

Yes, a lot of chowders use bacon as a base and cook the veggies in rendered bacon grease. This is a corn chowder without bacon. If you want to add bacon, you can either dice up 2-4 strips of uncooked bacon and saute it in the pot to render the fat and then cook the veggies as described. You could also crumble crushed bacon on top. 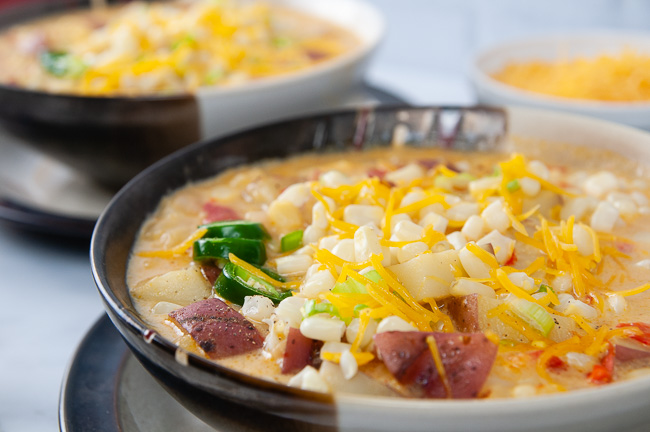 This Instant Pot corn chowder is my favorite end of summer soup. It’s the perfect transition to soup season.

If you’re looking for other Instant Pot soup recipes, here are a few more favorites:

Did you make this recipe or one of my other recipes? Leave me a comment below or tag me @Seasonedsprinkles on Facebook or Instagram and show me what you made!

Instant Pot corn chowder is a hearty, vegetarian soup perfect for kicking off soup season. This corn and potato soup comes together quick thanks to your pressure cooker but still tastes slow cooked and cozy.

Cut the potatoes, onion, and peppers to bite size pieces (about an inch long) and crush the garlic.

Turn on Saute mode and add the butter to the inner pot.

When the butter is hot and melted, add in the onions, peppers, potatoes, and garlic. Saute the veggies for 5 minutes, stirring a few times as it cooks.

When the veggies are fragrant and partially cooked, add the veggie broth to the inner pot. Place the lid on the Instant Pot and set the valve to sealing. Set the pressure to high and cook for 5 minutes. When the timer rings, do a quick release of pressure.

When the pressure is released, carefully remove the lid. Stir the flour and water together in a small bowl to create a rue.

Add the corn and rue to the inner pot and turn saute mode on. Allow the soup to come to a boil. Boil for 2 to 3 minutes.

Mix in the half and half and cheese. Cook on saute mode until the soup begins to thicken. Turn off saute mode. 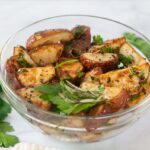 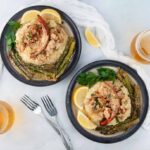 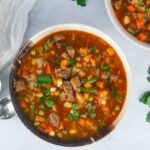 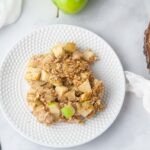