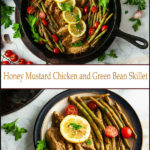 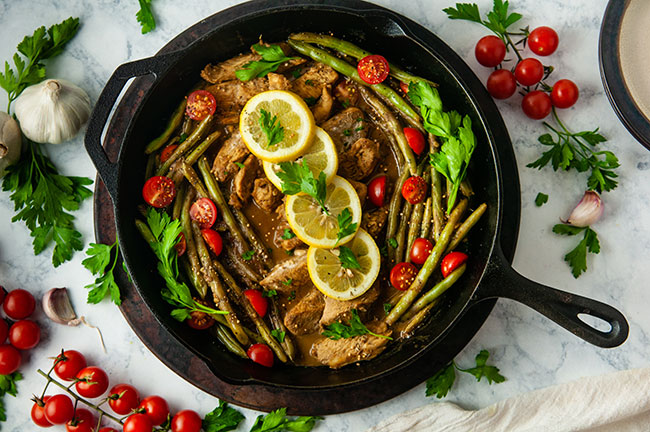 I love that salad, but sometimes I want something more than a salad. Plus, a salad isn’t the most family friendly meal. While my 4 year old will eat the honey mustard chicken and some of the greens, she won’t eat much else, and that’s not good when you’re a hungry, growing kid. 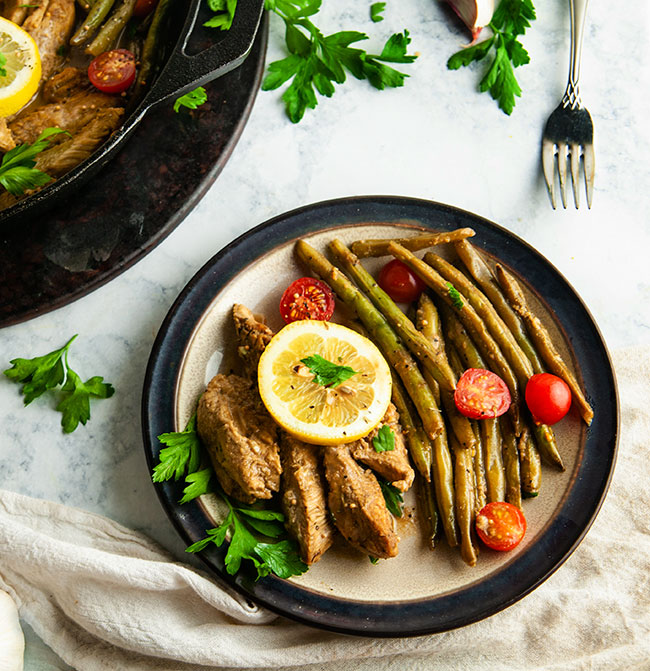 So I took the same chicken in that salad and turned it into a skillet meal, perfect for summer eating by throwing some of my favorite summer veggies into a big cast iron skillet. You could use any veggies you want, but I really like green beans in this. They are tender but have a nice crunch. And at the end I threw in a handful of halved cherry tomatoes for added sweetness.

You could serve this as is, or you could serve it up with rice, quinoa, or your other favorite grain. This would also be really yummy with roast potatoes or even mashed potatoes if you’d rather. The homemade honey mustard marinade turns into a delicious subtly sweet and savory sauce. With a hint of rosemary and garlic in the marinade, it just begs you to eat every last spoonful of it.

How to Make the Honey Mustard Chicken Skillet 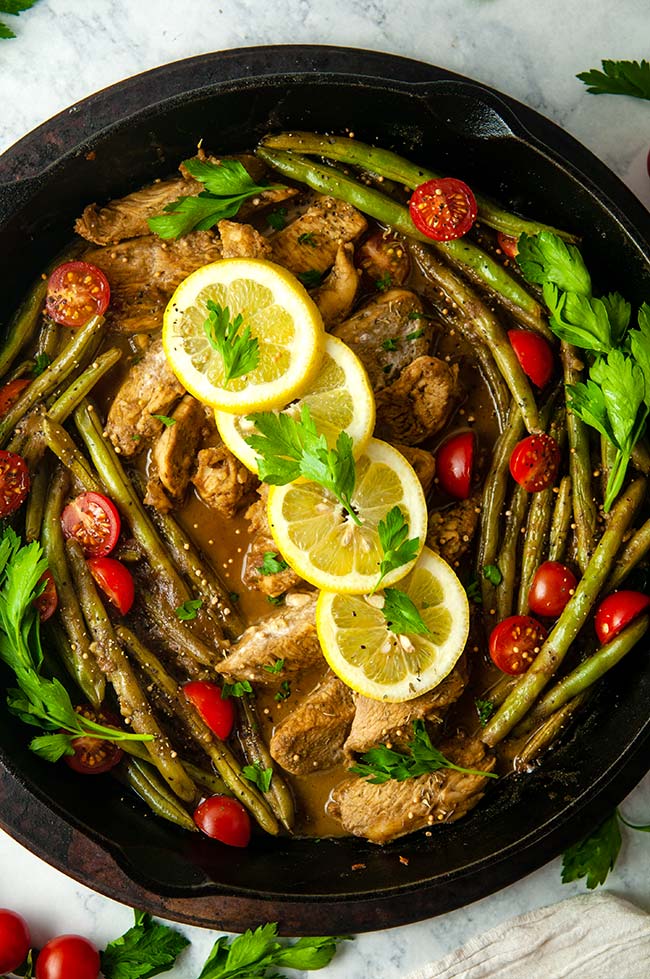 Making this dinner is really quick and easy. Just use a large bowl to whisk together all the ingredients for the marinade. Then get the chicken breast tenders marinading. You don’t have to marinade the chicken for long, though a longer time will result in really tender extra flavorful chicken. However, if you’re short on time, the marinade is flavorful enough to infuse serious goodness into the chicken.

While the chicken marinades, heat up some olive oil in a very large cast iron skillet. When the skillet is hot, throw in the green beans. Season them with salt, pepper and a squeeze of lemon and let them cook for a few minutes. Then, I throw the chicken in and sear it on both sides before I pop the whole cast iron skillet into a 350 degree oven. About 2 minutes before the chicken and green beans are done, I add a handful of halved cherry tomatoes. They will just start to cook but not burst so they get sweet without getting too soft. 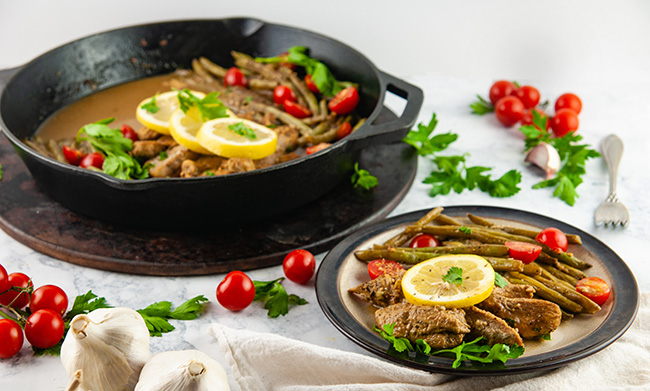 And that’s really all there is to it. Easy. Simple. Delicious.

Looking for other one skillet chicken recipes? Try these:

Perfect for a quick weeknight dinner, this honey mustard chicken skillet comes together in about 30 minutes.

pairs well with rice or potatoes