This post is sponsored by Frank’s Red Hot but the content and opinions expressed here are my own. 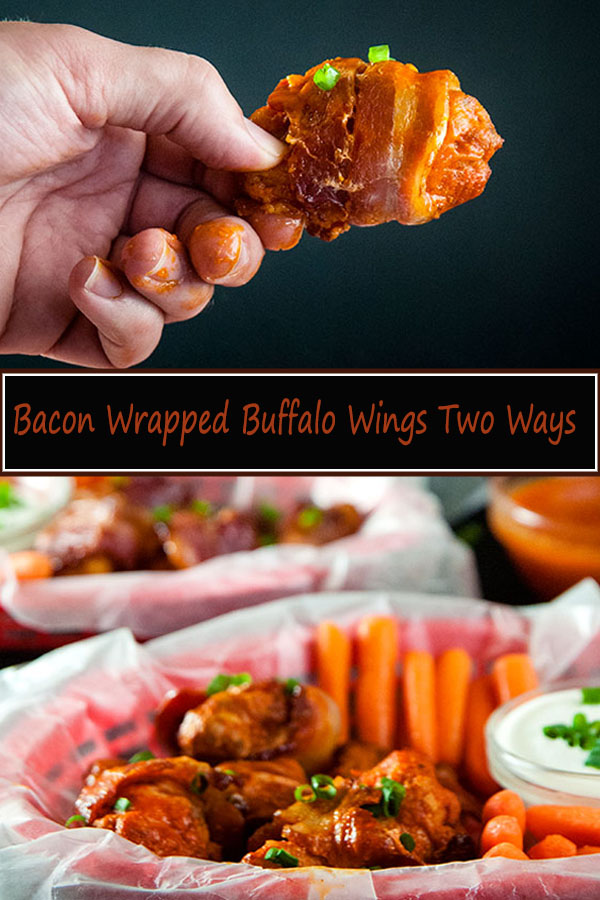 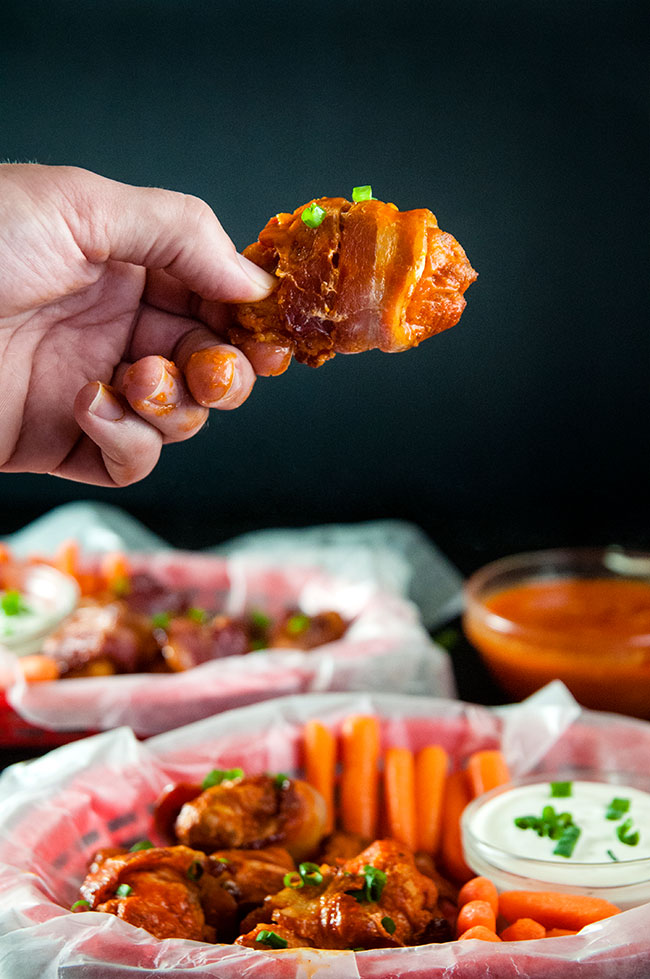 I know I’ve told you all time and again, but I am just not a football person. Last year during the Superbowl, I watched Justin Timberlake’s half time show and turned the game on at the end so that I could make sure to catch the beginning of This is Us.

I think I was the only person in the whole Philadelphia area that was not watching anxiously.

But… I was still in front of my tv noshing on Philly cheesesteak sliders with homemade beer cheese whiz. Because while I may not be a sports fanatic, I am down for game day eats anytime. 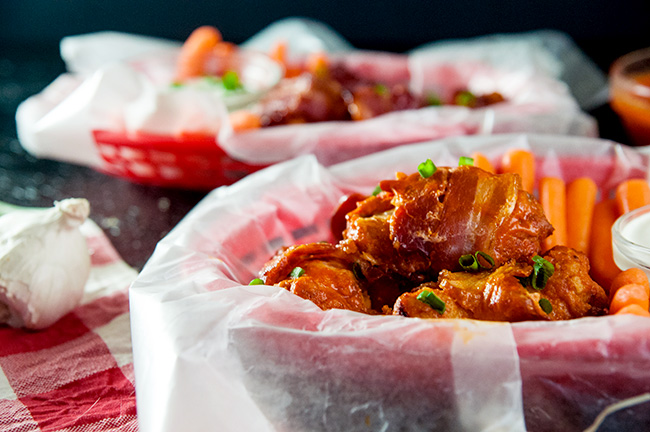 In fact, we often go to football parties that our friends host just because my love for buffalo chicken runs deep. So deep. It’s almost as deep as my husband’s love for Buffalo anything.

Seriously, the man puts hot sauce on everything, and not just any hot sauce. The one that’s always in our fridge is Frank’s. We go through so much of it. So when we heard that they had frozen buffalo wings available at Walmart, we were excited to try them and we were not disappointed. 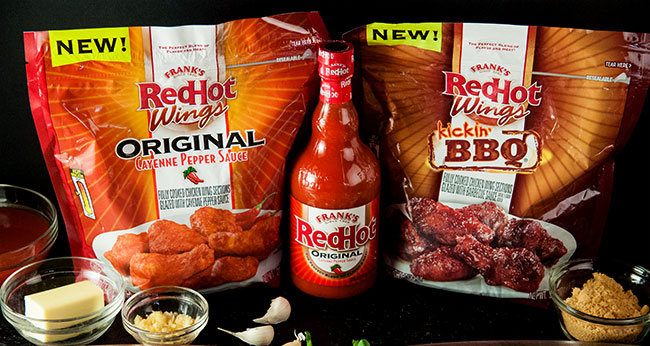 Frank’s currently has several varieties including:

Click on any of the links above to learn more about these tasty wing varieties.

While the wings are fab on their own, sometimes when I entertain I feel like I need to kick things up a notch. I like to go an extra step to impress my guests. And that’s what these easy bacon wrapped buffalo wings do: they go the extra little step to really knock your socks off. Because the one way to make wings even better for football watching? Obviously wrap them in bacon. 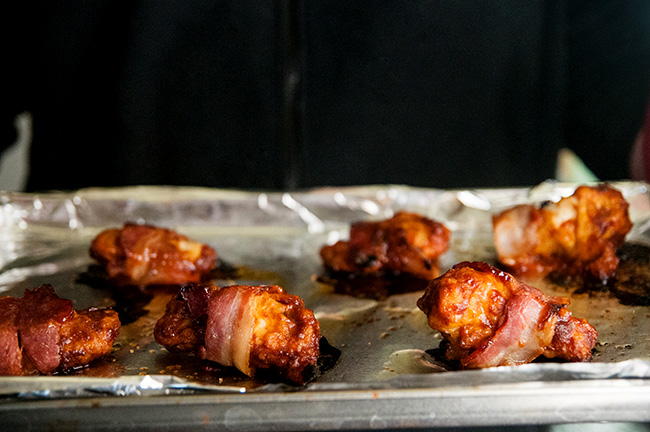 How to Make the Best Bacon Wrapped Wings 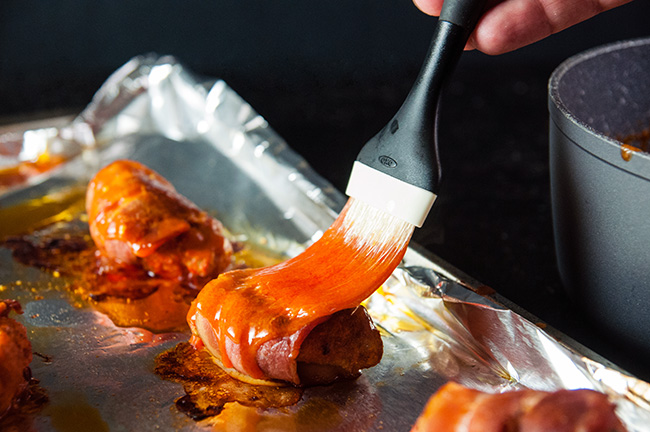 Brushing on some of the homemade hot sauce

Looking for other buffalo wing recipes? Try these:

Easy Bacon Wrapped Wings made two ways are the perfect snacks for football parties or entertaining.

For the sweet and spicy bacon wrapped barbecue wings

For the homemade buffalo sauce

For the sweet and spicy bacon wrapped barbecue wings

For the homemade buffalo sauce

Wrapping bacon around almost anything makes it extra delicious! These look tasty!

So simple to make yet looks absolutely droolworthy!