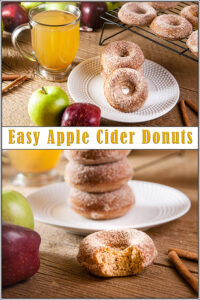 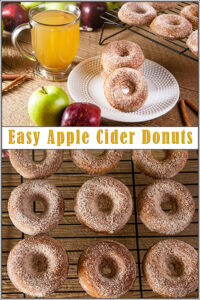 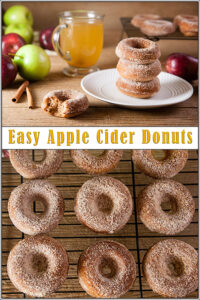 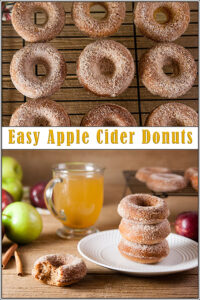 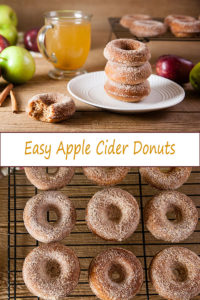 Easy apple cider donuts are a delicious fall treat for anyone who is looking for a yummy alternative to pumpkin everything. This easy donut recipe comes together in under half an hour and yields a yummy pastry that tastes exactly like the treats at the fall festivals. Perfect for a cozy fall dessert or a fun addition to a fall breakfast or brunch. 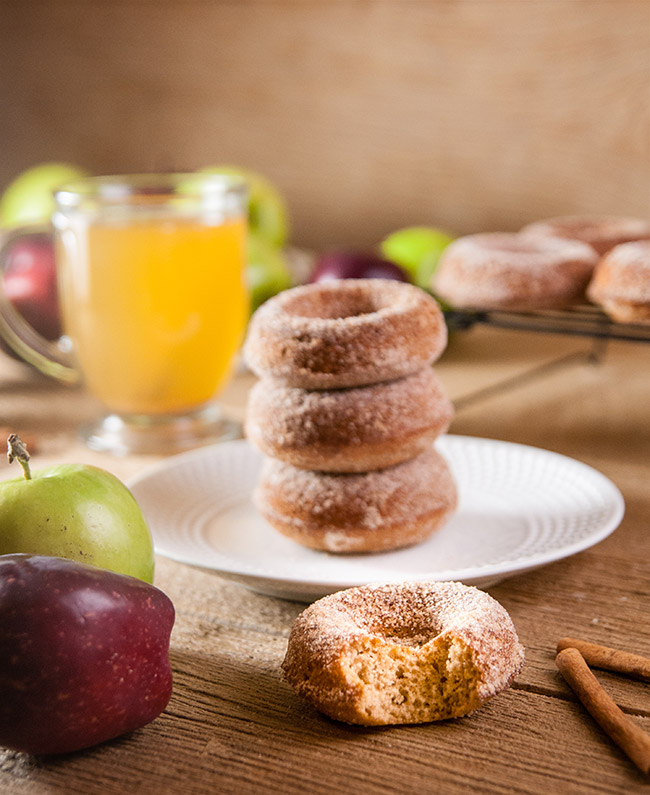 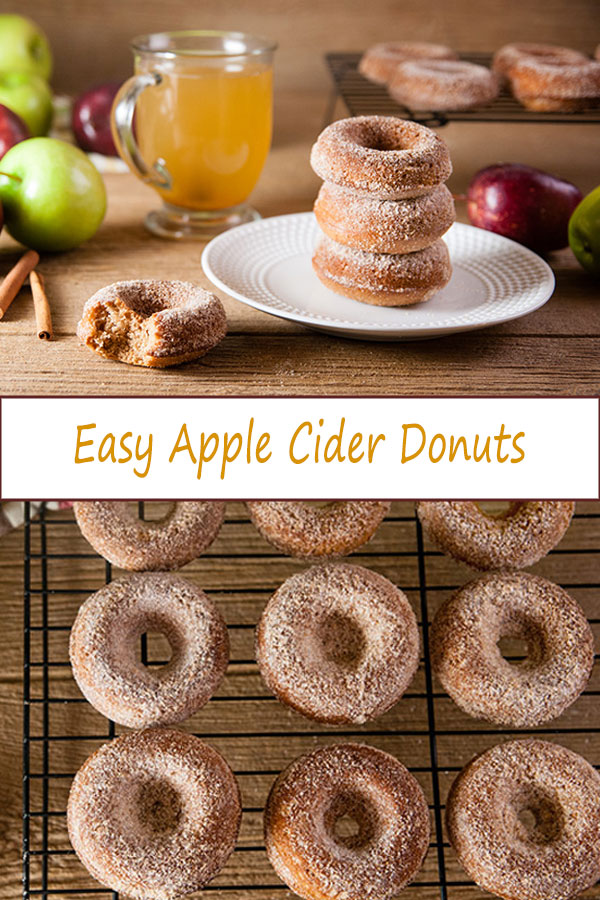 Something about fall just screams donuts to me. I go the other 9 months of the year without even really thinking about a donut. But come fall… it’s time to make (and eat) the donuts.

After a night of corn maizing and apple cannons, we always stop by their food stands for warm, freshly baked apple cider donuts.

But these are the best. They are cinnamony and fresh and just taste like a cozy autumn night. I dream about these donuts all year. Literally all year.

Well, I have found a way to recreate them easily at home. Now I just need to get on making a corn maze in my backyard and I’ll be set for my very own fall festival.

The result is everything you could want in an apple cider donut. Tender yet cakey. Filled with fall flavor. The perfect compliment to a hot glass of mulled cider or a steaming cup of coffee. 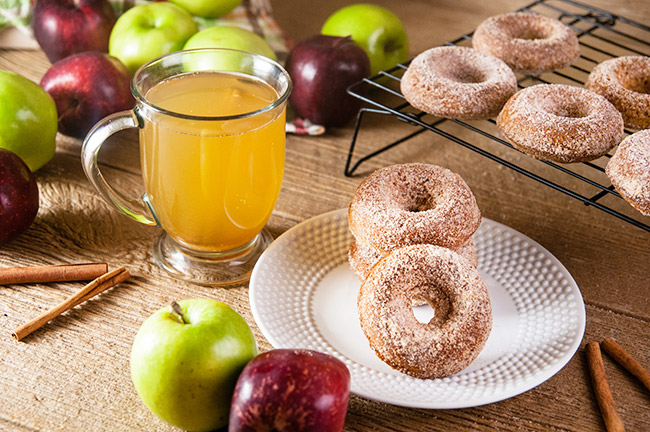 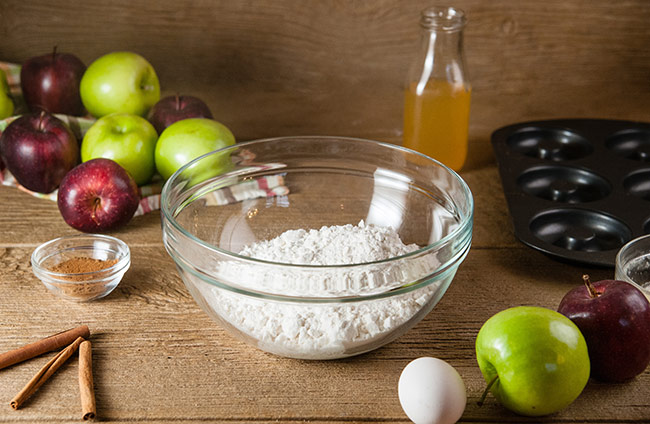 Because these are semi homemade you don’t need much for this recipe. All you need is: 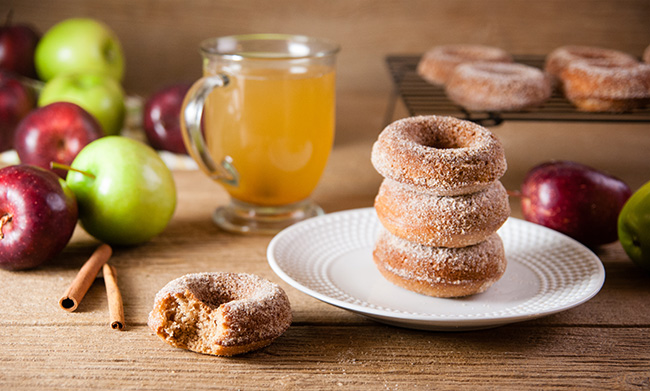 To store these homemade donuts, put them on a plate and cover the donuts in foil or plastic wrap. You could also seal them in a plastic bag or container. They should keep for 3 days on your counter. You can also wrap them well and put them in an air tight container in your fridge. They’ll last for about a week in the fridge.

Can I freeze these apple cider donuts? 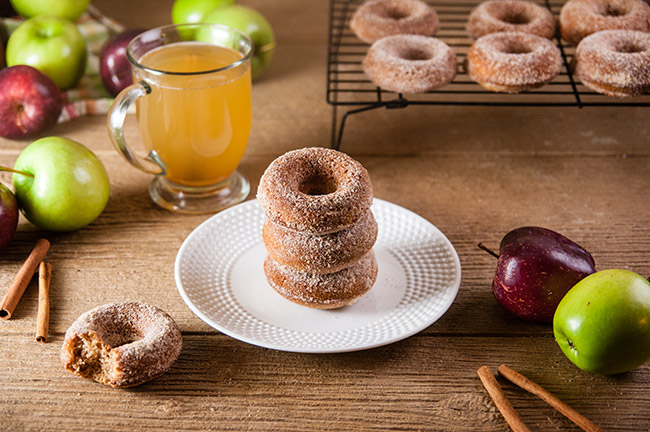 You can! While these donuts are the best freshly baked, you can absolutely freeze them. To freeze, let them cool completely. Once they’re cool, wrap each one individually in plastic wrap. Then store the wrapped donuts in a freezer bag for up to 3 months. To thaw, take a wrapped donut out of the freezer and pop it in the microwave for 15-30 seconds on defrost. And boom, fresh donuts! 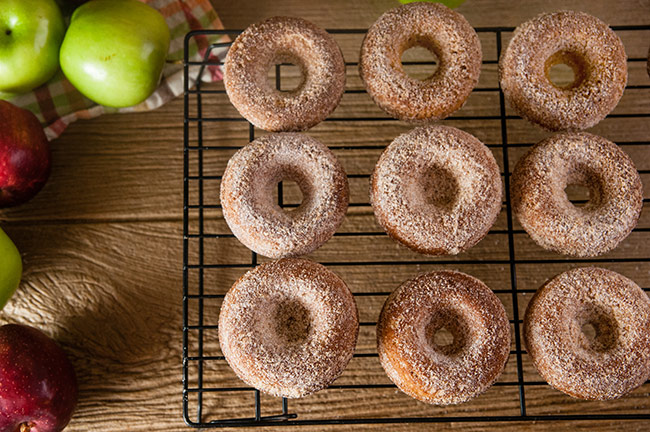 Looking for other donut recipes? Try these:

Looking for other apple recipes? Try these: 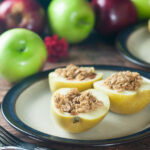 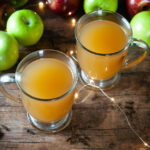 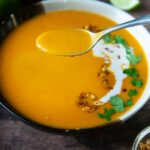 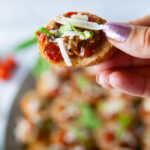